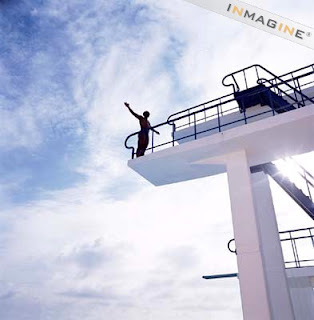 Over the last few days I’ve been talking to friends, asking them what is it like to be out. To be gay. I still can’t quite wrap my head around that designation. I don’t think of myself as gay.

I am Immanuel – a father, husband, worker, friend, confidante who just happens to like to swing with dudes sometimes. Despite what you read about my sexual exploits on my blog it really takes up a small amount of my existence.

My buddy “Andre” offers sage advice. “Live it the way you want to,” he says. That means just because you are gay you don’t have to go to the gay bars, join pro-gay marriage groups or put a rainbow bumper sticker on you car. Or you can choose to do those things if you want, Andre says.

That’s because there are numerous kinds of gay people just like there are a lot of different kinds of straight people, he explains. Don’t put yourself in a box.

Others warn about the bullshit and the discrimination you could face after coming out. The other day I dropped by a friend “Paul’s” house and met his neighbor, “Teal.” Teal was out walking her pitbull when I parked the car and I thought she was a dude at first but in fact she is a very butch lesbian.

Brawny arms, close cut hair, and a blustery swagger, just like a dude. But Teal is so warm and welcoming you really want to hug her.

Teal says her father is refusing to provide her much financial help for school or emotional support until she starts dating men. He wants to walk her down the aisle at her wedding to a man. I know he means well, but what he is doing is emotional blackmail.

And I can’t imagine Teal waltzing down the aisle in a white, frilly wedding dress and high heels. But she would look damned good in a tux.

I got some Popeye’s chicken and Paul, his lover, Teal and I sat down and grubbe, thowing the bones to Paul’s greedy dog, a boxer. Later Teal came and talked to me alone. For a moment she let her guard down and dropped the B-Boy attitude. An expression of sadness and longing softened her face. But she didn’t cry. “I wish he would just accept me for what I am,” Teal said of her father.

Another buddy, “Baron,” recently went to a family reunion down South. His father has multiple kids by multiple women and it was the first time Baron met some of his siblings.

One walks up to him and says, “I wanted to meet you but Daddy said you were gay and into wild sexual shit and I should leave you alone.” Two other half-brothers share the same story with him.

Baron is furious and bursts out crying. His brothers comfort him and by the end of the reunion he has formed bonds with his half brothers that should endure. But he doesn’t confront his father over his duplicity. He is better than me. I would have slammed the motherfucker.

Did the fact Baron is gay make his father dislike him so much he had to alienate his son from his siblings? And who is his father to judge? The man is a philanderer, fucking women from coast to coast and leaving his seed behind for some woman to raise alone. But since he is “straight” I guess his sexual habits are okay.

So as I prepare to jump all this shit is swirling in my mind. How will my family react? Exactly how much should I tell the kids? Will I be happier?

I’m standing on a diving board, 30 feet up in the air, afraid to make the leap and plunge in the cold water. But once you jump in the pool doesn’t the water that felt cold when you dipped your toe in soon feel warm?